Top 50 Programming Quotes of All Time

I hope you have enjoyed our collection of funny computer quotes, Linux quotes, and all those quotes that we have shared with you so far. For today, I've decided to gather a good number of my all-time favorite programming-related quotes.
Most of the programming quotes I've collected are made by some of the famous names in the industry, while others came from not-so-famous people. Nevertheless, they are all witty so I hope you will find them fascinating and enlightening.
Without further delay, here are my top 50 programming quotes of all time:
50. "Programming today is a race between software engineers striving to build bigger and better idiot-proof programs, and the universe trying to build bigger and better idiots. So far, the universe is winning."
- Rick Cook
49. "Lisp isn't a language, it's a building material."
- Alan Kay.
48. "Walking on water and developing software from a specification are easy if both are frozen."
- Edward V Berard
Read more »
Posted by hvnc2k8 at 8:20 AM No comments:

The Treehouse of Adulthood

The Treehouse of Adulthood: " 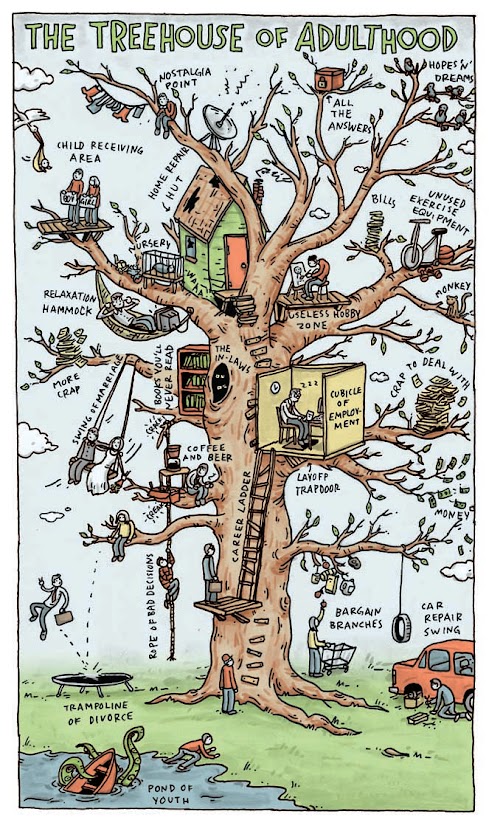 Why you should use OpenGL and not DirectX

Often, when we meet other game developers and say that we use OpenGL for our game Overgrowth, we're met with stares of disbelief -- why would anyone use OpenGL? DirectX is the future. When we tell graphics card representatives that we use OpenGL, the temperature of the room drops by ten degrees.
This baffles us. It's common geek wisdom that standards-based websites, for instance, trounce Silverlight, Flash, or ActiveX. Cross-platform development is laudable and smart. No self-respecting geek enjoys dealing with closed-standard Word documents or Exchange servers. What kind of bizarro world is this where engineers are not only going crazy over Microsoft's latest proprietary API, but actively denouncing its open-standard competitor?
Before we dive into the story of why we support OpenGL, let's start with a bit of history:

In 1982, Silicon Graphics started selling high-performance graphics terminals using a proprietary API called Iris GL (GL is short for "graphics library"). Over the years, Iris GL grew bloated and hard to maintain, until Silicon Graphics took a radical new step: they completely refactored Iris GL and made it an open standard. Their competitors could use the new Open Graphics Library (OpenGL), but in return, they had to help maintain it and keep it up to date.
Today, OpenGL is managed by the Khronos Group -- a non-profit organization with representatives from many companies that are interested in maintaining high-quality media APIs. At a lower level, it's managed by the OpenGL Architecture Review Board (ARB). OpenGL is supported on every gaming platform, including Mac, Windows, Linux, PS3 (as a GCM wrapper), Wii, iPhone, PSP, and DS. Well, every gaming platform except for the XBox -- which brings us to our next topic: 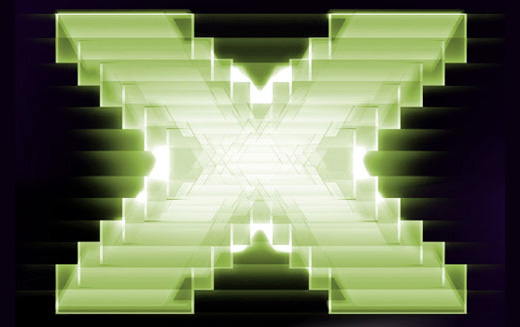 Ever since MS-DOS, Microsoft has understood that games play an important role in users' choice of operating systems. For this reason, in 1995, they created a proprietary set of libraries in order to encourage exclusive games for their new Windows 95 operating system. These libraries included Direct3D, DirectInput and DirectSound, and the entire collection came to be known as DirectX. When Microsoft entered the gaming market in 2001, it introduced the DirectX Box, or XBox for short. The XBox was a loss leader (losing over 4 billion dollars), intended to set the stage to dominate the games market in the next generation.
Looking at the games scene now, it's clear that this strategy is succeeding. Most major PC games now use DirectX, and run on both Windows and XBox 360. With few exceptions, they don't work on competing platforms, such as Playstation, Mac OS, and Wii. These are significant markets to leave out, bringing us to the big question:

Email ThisBlogThis!Share to TwitterShare to FacebookShare to Pinterest
Labels: IT, Programming

Email ThisBlogThis!Share to TwitterShare to FacebookShare to Pinterest
Labels: Image

[IMG] A little advice on love and life